Student grade placement is determined under the guidelines set forth by the Ministry of Education.

In general, two systems exist. There is a British curriculum system and an American curriculum system. When making a decision for your child, please note that there are several differences in the two systems. It is important to learn about both systems before making a commitment as transferring between the systems can be challenging.

Grade levels may be confusing when examining the two systems. Students who start school in the American system are kindergarten students. Students who start school in the British system are Year 1 students. Thus, as students move forward, the "numbering" of grade levels is always different by one. For example, a students in Grade 8 in the American system is a Year 9 student in the British system. Parents should no that this is not a demotion or failure - simply a difference in the numbering systems.

Finally, please see below for the Ministry of Education table which describes grade placement: 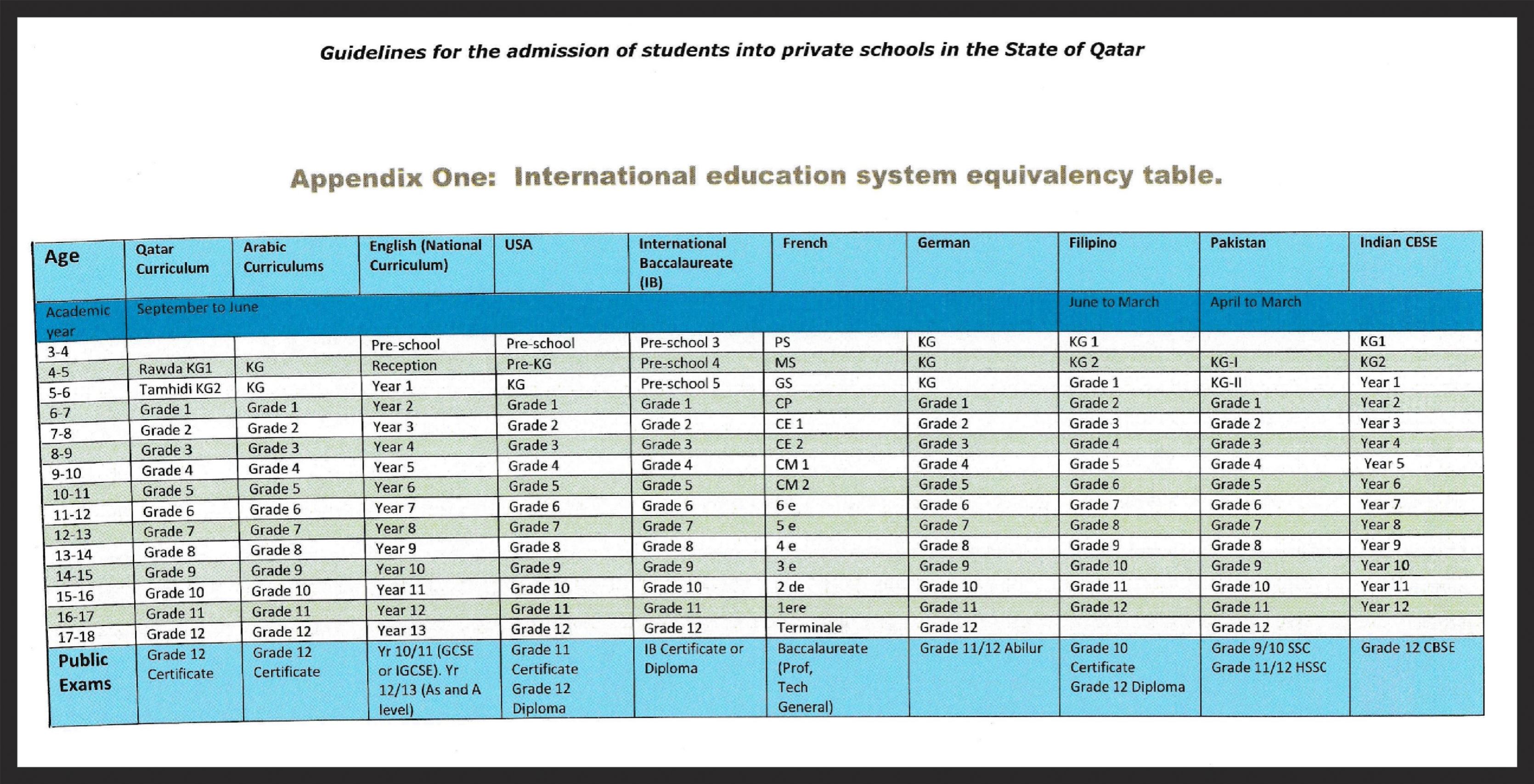